↓ Skip to Main Content
The Australian Philatelic Society Inc. > Stamp Collecting as a Hobby > Frequently Asked Questions / Is it true that stamp collecting is the biggest hobby in the world?

Frequently Asked Questions / Is it true that stamp collecting is the biggest hobby in the world?

This is quite a difficult question to quantify, for the hobby transcends all people, professions and nationalities.  Australia Post has some 230,000 people on its mailing list for the Philatelic Bulletin.  The American Philatelic Society has some 75,000 members; the Royal of London about 2000; the Royal of Victoria about 750 and our Society just over 300.  Then you have all the specialist societies i.e. Thailand Philatelic Society which has about 750 members and other societies that are country specific i.e. Burma, Canada, China, Japan, Malaya etc.  Add to this the other specialist societies i.e. airmail, thematics, revenues etc and the numbers start to build.  Royal Philatelic Societies also exist in Canada and South Africa.  In each Australian State you have bodies that facilitate organized philately and promote the state based societies and clubs.  Here we have the Victoria Philatelic Council.

Queen Elizabeth has the Keeper of the Royal Collection – a permanent paid position.  President Roosevelt was a known and avid stamp collector, and Philip Ruddock, previously our Attorney-General is also recognised as a stamp collector.  But by googling it was possible to determine some interesting facts. According to Kimbler & Narsavage in their book “Rocks & Minerals: Collectors Guide” mineral and rock collecting is the third largest global hobby behind that of stamp and coin collecting.  And in the Treasury, Postal Service, and General Government Appropriations for Fiscal Year 1990: Hearings” in the US Congress it was stated that “stamp collecting is the largest single hobby in the United States”.  Dilworth in her book “Acts of Possession: Collecting in America” contends that “19th century stamp collecting was praised as training boys to participate in the market-place of commerce”.

Posted in: Stamp Collecting as a Hobby

You are viewing this site as a Guest

Things we like to do in our leisure time. 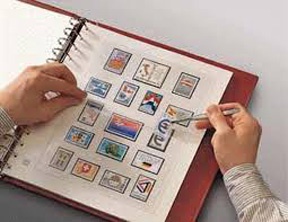 The collection and study of postage stamps, Postmarks, and related materials; stamp collecting. 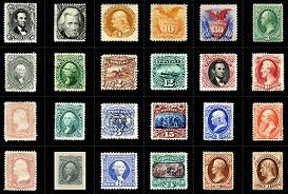 Philately is the study of revenue and postage stamps.  This includes the design, production and uses of stamps after they are authorized for issue, usually by government authorities, the most common one being postal authorities.  Although many equate it with stamp collecting, it is a distinct activity.  For instance, philatelists will study extremely rare stamps without expecting to own copies of them, whether because of cost, or because the sole survivors are in museums.  Conversely, stamp collecting is the acquisition of stamps, at times without regard for origin or usage.

Revenues are stamps representing the prepayment or payment of various taxes.  Revenues are affixed to official documents and to merchandise.  Some stamps, including many issues of the British Commonwealth, are inscribed "Postage and Revenue'' and were available for either use.  Such issues are usually worth less fiscally canceled than postally used.  In some cases, revenues have been used provisionally as postage stamps.

Thematics is concerned with the collection of stamps or Covers relating to a specific topic.  The topic is expanded by careful inquiry and is presented as a logical story. 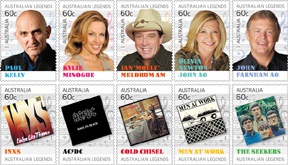